Search
Shopping cart
Top 5 drone shots of 2019 Do I need a licence to fly a drone UK?
Back to All Blog Posts 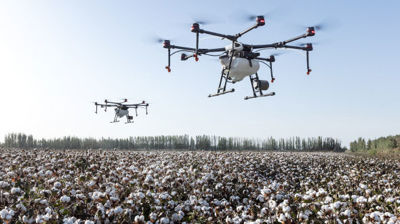 By Jon Parker from www.flybydrones.co.uk

Drones now have the power to save lives … and can even help the tennis stars of the future.

The innovative ways drones are being used never ceases to amaze … and here’s my top 10.

If you know of other clever ways drones are being used then be sure to let me know.

1. Lifeguards in Australia carried out the first sea rescue by drones which took floats out to two stranded swimmers in just 70 seconds. It was estimated it would have taken lifeguards 6 minutes to swim out to them … and by then it could have been too late.

2. An American company is using drones to bring fond memories to people near the end of their lives. It works with the families of hospice patients to identify a favourite place from their past. A drone is sent up to shoot aerial video which is live streamed to the patients in their beds.

3. Virgin Active has launched a drone to help train tennis stars of the future.  Dubbed ‘The Drone-ovic’ - with more than a nod to Serbian tennis ace Novak Djokovic - it's designed to drop balls from all angles and great heights that just can’t be achieved by traditional ball-firing machines. It’s also fitted with a tiny camera that gives players and their coaches a bird’s eye view of their game, allowing them to analyse technical aspects of their performance.

4. Drones are deployed by researchers studying animals at sea. Scientists from the National Oceanic and Atmospheric Administration (NOAA) use drones to follow humpback whales around the Hawaiian Islands. It means they can more accurately count the number in a pod - including mothers and calves that sometimes stay underwater - and also allows the scientists to get more accurate size estimates for individual whales.

5. Dozens of people are killed or injured by land mines every day. Researchers estimate that removing all the land mines around the world would take more than 1,000 years and cost more than $30 billion. But now British scientists have equipped drones with special imaging technology that allows them to spot abnormalities in plants caused by chemicals leaking from unexploded mines. Infrared imaging can also expose unexploded and camouflaged mines that would otherwise go undetected.

6. Drones are ideal in the immediate aftermath of natural disasters and have been used to assess damage, find victims and deliver aid after hurricanes and earthquakes.

7. Forest fires can be a massive danger to lives and properties and surveillance drones fitted with thermal imaging cameras are being deployed to detect abnormal forest temperatures where fires are likely. By doing this teams are able to identify areas most prone to forest fires or identify fires just 3 minutes after they begin so they can be tackled quicker.

8. Drones reach the parts other aircraft can’t reach and one was used to create a 3D image of the infamous Matterhorn peak in Switzerland, mapping the entire mountain face in less than 7 hours so it can be studied by climbers and skiers to better understand the terrain.

9. Security companies are using drones as nightwatchmen in the sky to provide more comprehensive surveillance systems for industrial, commercial and residential properties. Some can be programmed to do routine sweeps of an area every day while drones can live stream video footage immediately after an alarm is triggered, giving security and police a better chance of catching the culprits and providing key evidence in courts.

10. Plane manufacturer Airbus uses drones to inspect some of its aircraft to check for scratches, dents and other damage. The company says a drone can do an inspection in 10 to 15 minutes instead of the two hours it usually takes a mechanic.

So that’s my top 10 innovative uses of drones. If you know of any more than pleasecomment below.