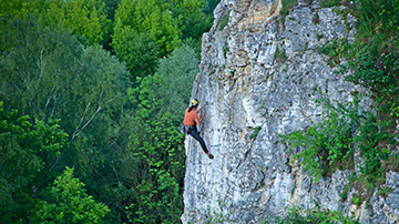 Drones are overwhelming used in positive ways even though they often get a bad press in the media.

Sadly, that’s down to the tiny minority of idiots who misuse them and break the rules which was never more graphically shown than at Gatwick Airport in December 2018 when drones spotted near the runway caused chaos, leading to hundreds of flights being cancelled and misery for 140,000 passengers.

But the vast majority of drone users fly them in ways that are overwhelmingly positive … and here’s just some of them.

They are used by the emergency services for search and rescue to go along river banks or up into rocky crags and cliff faces searching for missing people; by oil and gas companies to survey their rigs at sea; by geologists monitoring active volcanoes; monitoring wildlife in vast, open spaces and watching out for poachers; analysing major construction projects from the air; by estate agents to capture amazing images of high value property for sale and tiny drones can even film 360 degree walk-throughs inside; inspecting power lines and power pylons for bird’s nests, lightning strikes, rust/corrosion and damaged bolts; inspecting bridges and other high structures that are incredibly difficult to reach; the film industry is saving a fortune by using drones instead of helicopters for aerial shots; video and photos taken by drones operated by news organisations adds massively to the way stories are reported and far more cheaply and safely than hiring helicopters; security companies use drones for large, sprawling sites and they can stream live pictures if an alarm is triggered.

Clearly it’s a big list but far from being an exhaustive one so if you use your drone for something else that’s interesting then please let us know by emailing admin@flyby.technology.

Drones are often used to carry out exceptionally detailed surveys on buildings, saving a fortune in scaffolding and time.

Drones harness the very latest technology yet are used by the likes of the National Trust and Historic England to carry out detailed surveys of some of the UK’s oldest and most outstanding historic buildings.

Drones on Demand, for example, based in Huddersfield, West Yorkshire, was commissioned by Ecclesiastical Insurance to take drone footage of historical landmarks and they have already done Blenheim Palace and Worcester Cathedral, getting into the nooks and crannies invisible to the naked eye and virtually impossible to reach for a manual inspection. This has included roofs, gutters and ornate features and the drone footage showed up loose slates and stonework along with missing pointing and places where water was gathering which could have caused serious damage if it wasn’t sorted out.

The National Trust says images taken by drones are used on its website and publications to show breathtaking properties from angles visitors will have never seen before.

Laser-mapping of the properties by drones will also lead to 3D models being created as a way of helping visitors to understand why they were built the way they are or, if they are in ruins, recreate what they once looked like.

The National Trust is also responsible for 1,000 square miles of countryside so drone footage will show up where bridges, walls, paths and fences need maintenance work.

Drones were deployed in the aftermath of severe flooding in Lincolnshire in June 2019 which left many homes under water and without power in Wainfleet near Skegness.

This led to a state of emergency being declared so the Lincolnshire Police Drone team took to the skies to help the Environment Agency get a full picture of the severe impact the flood was having on the area.

Drones are increasingly used by the military, saving the need to put pilots, soldiers and sailors at risk.

In short, drones enhance safety and are transforming the ways many organisations now work which is why they are an incredible force for good and that role will be taken to whole new levels in the future.